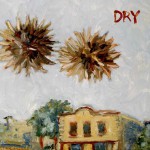 Maria Callahan is a seasoned veteran in the local music scene with a career stretching back to the early ‘90s, first as shredding guitarist with Insane Jane, then through the ‘90s as part of Doris Daze, and as a member of the “supergroup” Sophia Starlight in the early ‘00s. In that time she has distinguished herself as a solid singer and songwriter and a very talented multi-instrumentalist, though her specialty is guitar.

With this, her first music project in several years, we find Maria exploring a country-tinged style, sort of a folk-country approach, maybe reminiscent of Rosanne Cash, Alison Krause or Mary Chapin-Carpenter. Not shit-kickin’ country. Actually, what Maria plays could be called “Oregon country” music, a stylistic departure from the Nashville variety. No matter. For, whatever style of music Maria plays, the results sure to be top-notch.

Here, her talent on a variety of acoustic and electric guitars is everywhere to be found and, as always, very tasteful. Expert Telecaster twang and incendiary slide guitar work are impeccable in execution and precise in detail. Maria is a real pro. She is also gifted with a smooth understated vocal instrument—with the timbre of Patsy Cline, the tonal color of Emmylou Harris, the muscle of Linda Ronstadt and the sonorous vocal quality of Paula Cole (“Where Have All the Cowboys Gone?”).

Joining Maria on this outing is Danny O’Hanlon who, besides engineering the venture, contributed drums, bass and more guitars. O’Hanlon, a member of the Irish folk group Cul an Ti, capably maintains an air of subtlety and tasteful discipline throughout the project. Seven or eight of the eleven songs presented receive sparse but effective support from a handful of local musicians.

“Looking For Love” kicks off the set. This is not the Johnny Lee country drudge from the Urban Cowboy soundtrack but a chunky, rock-flavored sauce peppered by Maria’s Tele twang, and the thick roux of her simmering slide guitar. The lyric and feel seem somewhat similar in texture to Gordon Lightfoot’s “Sundown,” though her smart, knowing vocal delivery adds distinctive flair.

The bold beat behind “Girl You Used To Know” punctuates the jangle of Maria’s acoustic guitar as she launches into an “it’s not you, it’s me” narrative which resolves in a very nice hook hung around the title line. A good song. “Country Song” is worthy of Bonnie Raitt and right in her stylistic wheelhouse.

Behind O’Hanlon’s big beat, guest Cody Feuerborn adds a proper atmosphere with his smoky pedal steel guitar clouds hovering over “Don’t You Let Me Down.” Maria’s low-string fret thunder echoes across the intro and turnarounds, while a faint but succinct organ somberly sobs in the background. And her mournful vocal expertly captures the tumbleweed mood and lonesome prairie yearning of the ‘50s chestnut “The Wayward Wind.” Another sweet, soulful song.

Understated backing decorates the dreary story of “Emily”: a thump of drums, high-capoed guitarreplicating a mandolin. Accordion? Either an accordion or a keyboard to seem as such. A soft, stringy, shimmery sound supporting a wistful lyric and vocal.

O’Hanlon again bangs out solid drums on “Fool In Love,” a “Someday Soon” (Ian and Sylvia, Judy Collins, most recently covered by Suzy Bogguss) sort of rodeo song. Trace Wiren’s whirlwind harmonica kicks up little dust devils in the proceedings. This song ends too soon. It’s sometimes the case that a band will repeat an outro ad infinitum to the detriment of a song. The opposite is rarely the case. But it’s the case here. It all ends too abruptly. Another thirty seconds of send-up send-off would have been frosting on the cake.

“Laugh Someday” is another sturdy little song that briefly catches the melody of the Terry Jacks ‘70s gem “Seasons In The Sun” before releasing it back into the stream of all tune. There’s a hint of the Eagles’ “Lyin’ Eyes” circling around the hook as well. Maria demonstrates a deft facility for invoking historical musical touch points in her songs, grounding them in a tradition without stealing or copying anythingnuanced references blow through her songs and drift away, firing a fleeting flicker of familiarity in the dark cosmos of recollection.

The distaff perspective of the typical country cheatin’ song, “Nothing In It For Me” contemplates the consequences of a pending assignation in the cold light of hard experience. “You know I live alone when you’re just passing by pretending to be on my side of town/I thank you kindly for thinking of me, but I don’t need married men hanging around.” Further along, Maria says “And aside from confused I’m afraid/of making mistakes that I’ve already made.”

A certain strangled restraint pervades upon “Tornado,” imitating the gripping barometric pressure gradient just prior to a storm. Feuerborn returns with lightning flashes of brilliant pedal steel, while Maria’s resolute banjo plunks forlornly beneath the gathering dark of the musical sky. Soon a cyclone of drums and bass sweep the song into the dust-blown distance: “…find a solid beam under the kitchen floor you’re a tornado, you’re a tornado.”

In 1978, Heart put out a song called “Dog and Butterfly” on the album of the same name. The song is very mellow for a Heart number. Quiet. Contemplative. Philosophical. Here, on “Little Bird,” Maria sounds just like Ann Wilson a full, rich voice, knowing and resigned to all that is known. A fine performance.

A full band and backing chorus join Maria for “He’s Your Problem Now,” a good-natured country-flavored G chord jangler, expressing a sentiment that is pretty much summed up in the title.

Maria Callahan may have come late to playing “country” music, but the transition has been a natural one. Her voice is comfortable in the milieu, reserved but not detached. Her tendency toward deadpan masks, in a way, the heartfelt context of many of the songs. If there is one failing, it is that Maria occasionally seems emotionally detached from some of her heavier lyrics.

But that shortcoming in no way diminishes the mastery she displays as a songwriter, vocalist and guitarist. Maria is a skilled musical artisan, deserving of wider recognition than she has ever received. With Dry she stakes her claim on a barren stylistic landscape earning a hard-carved harvest. Here’s hoping she continues to thrive.