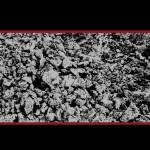 Half Past Present Pending
Fluff and Gravy Records

Mike Coykendall has been a longtime fixture in local music, involved in nearly every aspect of the scene. Since moving to Portland from San Francisco (where he and his wife Jill led the Old Joe Clarks) in 1999, he has quietly gone acquired a reputation for good ears and good musical taste. In 2003 he worked closely with M Ward on his third release, The Transfiguration of Vincent, subsequently touring with Ward in support of that album. Later he played with She & Him for their recordings and tours. He also collaborated with Gillian Welch, Bright Eyes, Jim James, and Victoria Williams, among many others 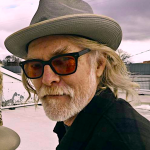 In addition to working as a sideman, Mike has served as producer and engineer on countless local recordings. We caught him here a couple of years ago, producing and playing on Little Sue’s New Light, wherein he was…ahem…instrumental in the outcome of that project.

He’s worked with countless local alt-folk musicians, in one capacity or another over the years—producing and recording the likes of Richmond Fontaine, Blitzen Trapper, Sallie Ford and her band, and the late lamented Amelia, to name a few. An early supporter of the career of Annalisa Tornfelt, Mike produced her album The Number 8 (released last March) and recorded her on his trusty 8-track analog recorder.

As if all that weren’t plenty enough on his plate, he’s released self-produced albums of his own from time to time. This is his fourth, the previous record being Chasing Away the Dots in 2012. For that outing he enlisted the aid of many of the big name stars he’s worked with in the past. Here he pretty much goes it alone. Because he’s been producing his own side projects for quite some time—he’s acquired an intrinsic personal sound and style that doesn’t necessarily require a lot of fanfare or fireworks.

But, left to his own devices, Coykendall is capable of amassing sonic munitions if the occasion calls for it. His drum-work, as demonstrated on Little Sue’s album, can be ruthless. When he’s of a mind, he tortures his modest kit. The rest of the time he is said to be employing “the rig,” a jerry-built percussion device, which doesn’t amount to much really, just a few household items. But when you hear it in action, it manages to fill all the necessary rhythm spaces quite adequately, whatever it is. 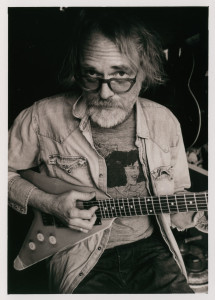 Mike’s placement in the Americana arc would be a point located near that of Blitzen Trapper—with many similar reference points. But one can readily tell that he’s well versed in the classics, as his music reflects familiarity with the work of the masters.

There’s a Petty vibe in places among the ten songs (and two instrumentals). You can hear that brittleness in tracks such as “All That I Wanted,” “Just South of Levitation,” and the wry “You Don’t Have to Treat You That Way.” You hear Dylan, and mainly John Prine, in “Hard Landing,” wearied JJ Cale over jagged, smoky guitar in “Spacebaker Blues,” and the introspective lyrical poignance of Danny O’Keefe or Steve Goodman in “Burn on Re-Entry.”

But there’s more to Mike Coykendall’s music than that. Much more. For one thing, the two instrumentals included in this package demonstrate a distinctive, if somewhat primitive, studio savvy—after all, the guy’s only working with 8-tracks, although I thought I read somewhere that he ping-ponged to the 8-track from a 4-track cassette. But any way you cut it, we’re talkin’ lo-fi, DIY, down in the trenches, seat of the pants creativity. There’s wizardry here, but it seems born more of necessity than by design.

“Killing Time” marches onto the scene in a whirring din, before snaking into a repetitive, low-strung guitar filigree riff. Elements of Duane Eddy, Link Wray and even Neil Young circulate through the rumbling bloodstream of this forlorn sonic koan. Similarly, “Paranoid Eyes” hovers in an overblown cloud (with a thrown rod) before unwinding and finally settling into a cartoon-sprinkled swirl of peculiar sound. Accessible stuff, but weirder than shit. 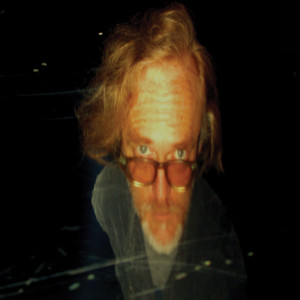 But two of the strongest songs of the set are covers. Obscure covers to be sure. He gives Roger Miller’s “In the Summer Time” (a hit for Andy Williams in 1960) a fairly straight-ahead, goose-step two step treatment—while possibly employing the vaunted “rig.” Whatever it is, it’s raw, and raucous, and reverberates like a garbage can tipping over in a windstorm. Vocally, Mike is a sawblade cutting through brick: gritty, raw and tightly compressed; resembling some of Eric Earley’s early exhortations for Blitzen Trapper. “East of Cheney,” culled from the Coykendall back-catalog, has a bit o’ the Blitzen running through it as well.

Even better is Mike’s take on Syd Barrett’s nugget “Late Night,” from his ill-fated debut solo album The Madcap Laughs, released early in 1970. Maybe it’s just me, but everything about Mike’s presentation reminds me of Chris Newman—his gritty vocal, his molten guitar, his basement recording. Which brings to mind an interesting hypothetical admixture: Chris Newman and Mike Coykendall in a project together. I don’t know if they even know each other, but we live in a small town magical world, anything can happen.

Mike Coykendall knows what to do with what he’s got, and what he does, he does very well. His idiosyncrasies and quirks render him not so much a flavor as a spice. A versatile spice to be used in many different dishes, such as those found here.